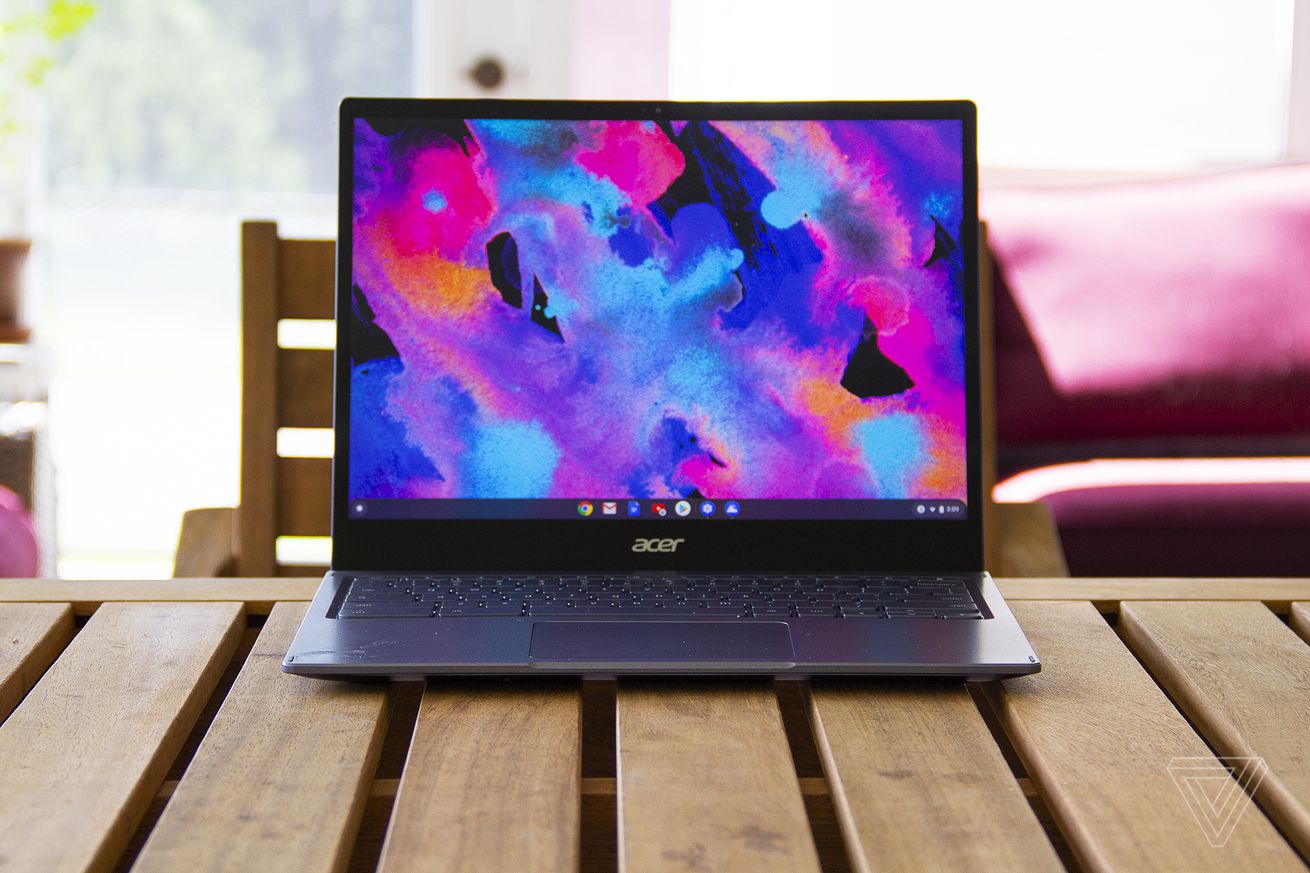 The best Chromebook for every type of user

The best Chromebooks aren’t just laptops that run a few Google apps anymore. Chromebooks can cover a wide variety of computing needs now, and a good Chrome OS laptop or two-in-one can be more useful than a mediocre Windows or MacOS laptop. That’s why our pick for the best Chromebook of 2021 is the Acer Chromebook Spin 713.

The best Chromebooks are known to deliver good value. The message that many people actually want good Chromebooks — rather than just cheap ones — has gotten through to manufacturers. Many of the best Chromebooks are around $500 or $600, though there are good options in the higher and lower ranges as well. The extra money goes a long way toward getting something you’ll be happy with.

For the first time, the quality of Chromebooks in this range has been consistent. There are so many similarities between the offerings from Asus, Lenovo, Google, HP, Dell, and Samsung that a conspiracy-minded person might suggest they’re all sourcing their components from the same factory. That’s great news if you’re comparison shopping; the majority of this list would be good buys if you can find them at a discount.

An honorable mention is the Samsung Galaxy Chromebook, a gorgeous laptop with a unique color and 4K AMOLED display, which didn’t quite make this list because of its unfortunately short battery life. Samsung released a sequel, the Samsung Galaxy Chromebook 2, which we got to spend some time with in January. Keep an eye out for our review of the device when it comes out later this year.

We’re looking forward to reviewing Lenovo’s Flex 5 Chromebook with a thin 2-in-1 design, and the affordable IdeaPad Flex 3 Chromebook which has a unique chassis and an SD card reader.

What most buyers want in the best Chromebook are likely the same things they want in any laptop: a good keyboard, solid build quality, long battery life, a nice screen, and enough power to do the things you want. More Chromebooks can meet those qualifications than ever before, but these are the ones that rise above the rest.

Acer’s Chromebook Spin 713 is, hands-down, the best Chromebook you can buy. With a gorgeous 3:2 screen that rivals some more expensive competitors, you’ll have a ton of extra vertical space for your work and multitasking.

The keyboard is excellent with a comfortable, quiet feel, and nice backlighting. There’s even an HDMI port, which you don’t see on a thin Chromebook every day. And (most importantly) the 10th-Gen Intel processors can handle a heavy load of tabs with no problem. The Spin’s speakers aren’t great, and there’s no biometric login, but those are reasonable sacrifices to make for a laptop of this quality at this low of a price.

In a market where the main differences between Chromebooks in this price range boil down to their screens and maybe an included stylus, Acer sets itself apart by making an affordable laptop that’s excellent in almost every way.

Best Chromebook on a budget

If you’re looking for an affordable device for on-the-go work, the Lenovo Chromebook Duet delivers excellent value for its low price. It’s an ultra-portable 10.1-inch 2-in-1 device with a detachable keyboard and kickstand cover.

The Duet contains a MediaTek Helio P60T processor, 4GB of RAM, and up to 128GB of storage, and it performs well if you’re just browsing and don’t plan on using a super heavy load. It also uses a version of Chrome OS that’s made for its convertible form factor, including the first version of Chrome that’s optimized for tablet use. When detached from its keyboard, the Duet supports an Android-esque gesture navigation system that makes switching between apps a breeze. But the most impressive feature is battery life; I got close to 11.5 hours of fairly heavy use.

Of course, there are drawbacks. The touchpad and keyboard are quite small, there’s no headphone jack (and only one USB-C port), and the 16:10 screen is a bit dim. But those are reasonable trade-offs to make for such an affordable price. It makes a great secondary device for schoolwork or on-the-go browsing.

Asus has a strong history of making good Chromebooks, but the C434 is something special. It’s nearly unique among this class of laptops in offering a big 14-inch screen in a laptop body that’s much closer in size to a 13-inch model. It pulls off that trick by minimizing the bezels around the screen, which is the same thing the best Windows laptops have been doing lately.

Asus nailed the basics, too. The keyboard is great to type on, though it does have the annoying problem of being hard to see in dim lighting because the backlight is the same color as the keycaps. The trackpad is accurate, and I appreciate that there’s not only a USB-A port but that the two USB-C ports are on opposite sides of the laptop so you can plug in on the side you prefer.

There’s even a microSD card slot for expanded storage — and you might need it, as it only comes with 64GB. The processor isn’t the most powerful one you can get in a Chromebook in this price range, but it should be enough for most tasks, especially if you follow our recommendation to get the model with 8GB of RAM.

Powerful Chromebook with a sleek design

If you’re looking to get more power and you don’t mind getting a slightly larger laptop, the HP Chromebook x360 14 is a great choice. HP has several configurations that fall under this name, but we suggest the model we tested with 8GB of RAM and 64GB of storage to go along with the i3 processor.

While we picked the Asus because of its elegant design, there isn’t much to complain about on the slightly larger HP. It has the same ports, RAM, and storage. The keyboard is great, and it also sounds slightly better because the speakers are up on the keyboard deck instead of on the bottom.

The Google Pixelbook Go is a handsome, no-nonsense 13.3-inch laptop that weighs just 2.3 pounds. It has a sturdy magnesium chassis, and a ridged grip on the bottom to keep itself from slipping on slanted surfaces.

Not only is the Pixelbook Go portable and stylish, but it delivers solid performance, and supports fast charging through either of its USB-C ports. Battery life is also impressive. The Go lasted over eight hours in our testing, and it should get you through a full workday with no problem. But its standout feature is the keyboard, which is quiet with good travel and a springy feel. Verge editor Dieter Bohn found it to be his “favorite thing to type on by a long shot.”

The Go is an expensive product, as Chromebooks go, and it doesn’t top our list because the Chromebook Flip C434 offers similar specs and features for a slightly lower price. But we think plenty of shoppers who value long battery life and lightweight build might prefer to spend a bit more on this device instead.

Google hasn’t updated the Pixelbook since its 2017 release, but if you’re looking for a convertible premium Chromebook, it’s still competitive. It has a beautiful design, combining aluminum and Gorilla Glass with silicone palm rests, and sports a bright touchscreen with 2400 x 1600 resolution. The 3:2 aspect ratio offers extra space compared to 16:9 panels and makes it more comfortable to work in multiple apps and windows without having to zoom out.

The Pixelbook doesn’t have the latest Intel processors since it’s an older product. Still, its Core i5 and 8GB of RAM should be able to handle everyday browsing and multitasking just fine. We also got around eight hours of battery life under a fairly heavy load. The keyboard and touchpad are both fun and comfortable to use — and as a neat bonus, the speakers fire up through the hinge, so audio sounds clearer than it does on many convertible laptops.

Note: Google appears to be discontinuing the Pixelbook, but some models are still available through Google’s store and other retailers.

Premium 2-in-1 with a built-in stylus

It’s a bit heavy as Chromebooks go, but the 3.99-pound Inspiron 14 is still a sturdy convertible device with brushed aluminum chassis that gives it a premium look. It has a spacious backlit keyboard and a nice 1920 x 1080 display with accurate colors. With an 8th Gen Core i3 processor, 4GB of RAM, and 128GB of storage, it delivers snappy performance for streaming, browsing, multitasking, and even more demanding artistic tasks.

Speaking of artists, the Inspiron 14 comes with a stylus, which lives in a dedicated socket inside the chassis so you don’t have to worry about losing it. Thanks to electromagnetic resonance technology (EMR), it doesn’t need batteries or any kind of charge.

The convertible Samsung Chromebook Plus V2 is far from a budget purchase. But it does offer a lot for its price, including a built-in battery-free stylus and an extra front-facing camera for quick photos of blackboards or job sites. (The camera above the keyboard is also surprisingly high-resolution — it’s a 13-megapixel sensor with autofocus.)

The V2 also has a nice design on par with that of other premium Chromebooks, including an aluminum lid and a sturdy hinge. It’s fairly portable at 2.9 pounds, and it has a microSD slot in addition to its two USB-C ports and headphone jack.

Still, if money isn’t an object for you, there’s a lot to like about the 2-in-1 C436. It has a nice, compact, convertible chassis — unlike many convertible devices, it’s actually light enough (2.4 pounds) to feasibly be used as a tablet for an extended period of time. Inside, it has a comfortable and snappy keyboard and a fingerprint reader in the top corner of the deck. The audio is good: there are two Harman Kardon-certified speakers in the hinge, as well as one on each side of the cover. And it’s powered by a 10th Gen Intel Core i3 that performs quite well under a heavy browsing load.

The C436 is a pricey Chromebook, but it certainly looks and feels premium.

Vox Media has affiliate partnerships. These do not influence editorial content, though Vox Media may earn commissions for products purchased via affiliate links. For more information, see our ethics policy.