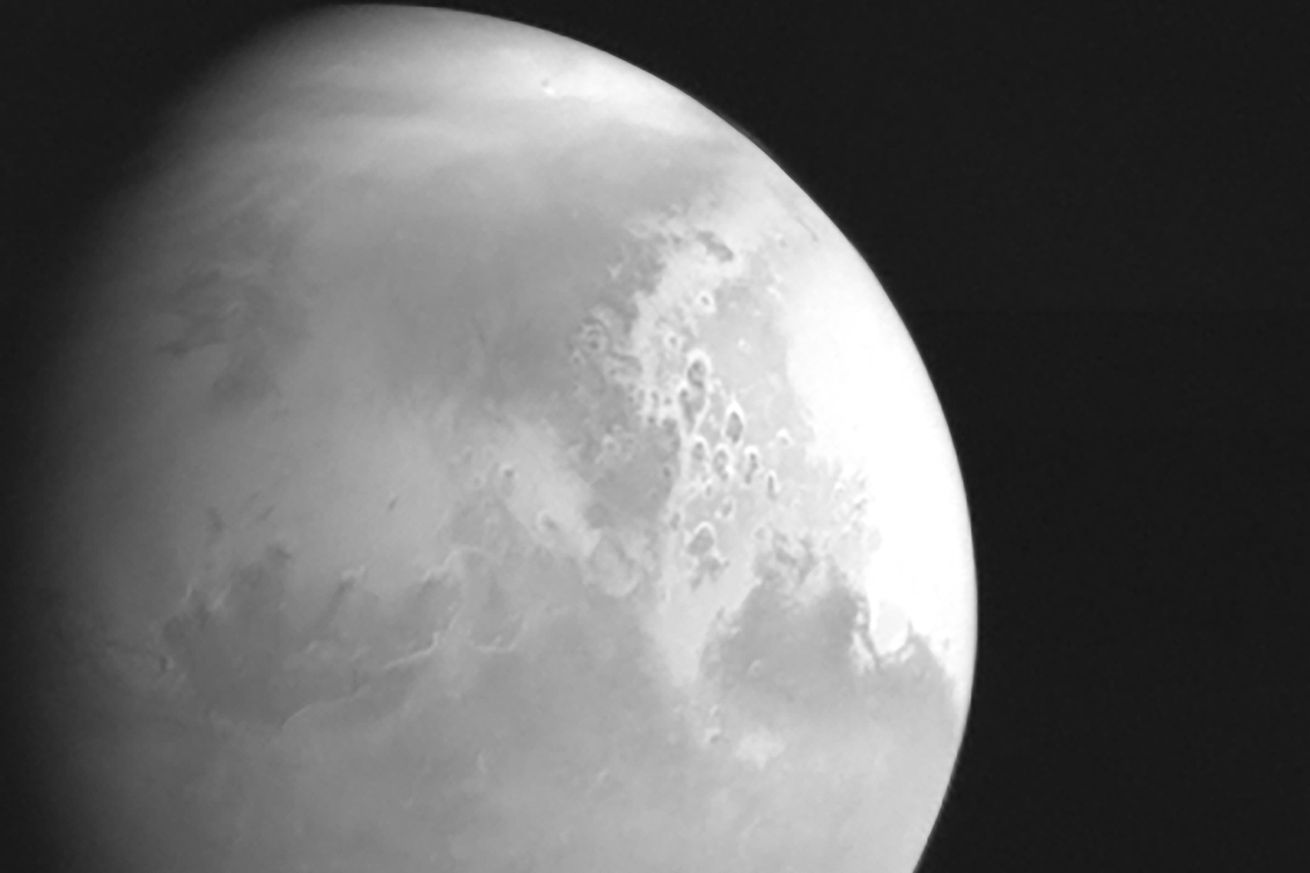 China landed its first pair of robots on the surface of Mars on Friday, state-affiliated media confirmed on social media, becoming the second country to do so successfully after overcoming a daring, seven-minute landing sequence. The country’s Tianwen-1 spacecraft ejected the rover-lander bundle for a Martian touchdown at around 7PM ET, kicking off a mission to study the Red Planet’s climate and geology.

The mission marks China’s first independent trek to Mars, about 200 million miles away from Earth. Only NASA has successfully managed to land and operate rovers on the planet in the past. (The Soviet Union’s Mars 3 spacecraft landed on the planet in 1971 and communicated for about 20 seconds before unexpectedly going dark.) China’s mission, involving three spacecraft working together, is ambitiously complex for a first-timer — the first US mission, Viking 1 in 1976, only involved a lander deployed from its probe.

The landing took place at Utopia Planitia, a flat swath of Martian land and the same region where NASA’s Viking 2 lander touched down in 1976. After touching down, the lander will unfurl a ramp and deploy China’s Zhurong rover, a six-wheeled solar-powered robot named after the god of fire in ancient Chinese mythology. The rover carries a suite of onboard instruments, including two cameras, a Mars-Rover Subsurface Exploration Radar, Mars Magnetic Field Detector, and Mars Meteorology Monitor.

The Tianwen-1 spacecraft launched from the Wenchang Spacecraft Launch Site in China’s Hainan province on July 23rd last year, setting off on a seven-month trek to the Red Planet. The spacecraft trio “has functioned normally” since it entered Mars orbit in February, the China National Space Administration (CNSA) said in a statement Friday morning. It collected a “huge amount” of scientific data and snapped photos of Mars while in its orbit.

The Tianwen-1 orbiter, clutching the rover-lander bundle, has been scoping out the Utopia Planitia landing site for over three months, flying close to Mars every 49 hours in an elliptical orbit (an egg-shaped orbital pattern), according to Andrew Jones, a journalist covering China’s activities in space.

Now on the Martian surface, the Zhurong rover will embark on a mission of at least three months to study Mars’ climate and geology.

“The main task of Tianwen-1 is to perform a global and extensive survey of the entire planet using the orbiter, and to send the rover to surface locations of scientific interests to conduct detailed investigations with high accuracy and resolution,” the mission’s top scientists wrote in Nature Astronomy last year. The roughly 240kg rover is nearly twice the mass of China’s Yutu Moon rovers.

Tianwen-1 is the name of the overall Mars mission, named after the long poem “Tianwen,” which means “Questions to Heaven.” It marks the latest in a quick succession of advances in space exploration for China. The country became the first nation in history to land and operate a rover on the far side of the Moon in 2019. It also completed a brief lunar sample mission in December last year, launching a robot to the Moon and swiftly returning it back to Earth with a cache of Moon rocks for evaluation.

More recently, China launched the first core module of its planned space station, Tianhe, which will serve as living quarters for groups of astronauts. The rocket that launched that module spawned an international freakout over where on Earth it might reenter. (It eventually reentered over the Indian Ocean, and large chunks of the rocket splashed down roughly 30 miles off an island in the Maldives, the Chinese government said.)

Despite this ambitious trek to Mars with its trio of three robots, China’s focus seems to be fixed on the Moon — the same immediate destination for NASA’s Artemis program. Earlier this year, China announced plans to build a lunar space station and base on the Moon’s surface with Russia, NASA’s longtime partner on the International Space Station.

Update, 8:12PM ET: Added that we’re now waiting for official word from China as to whether the mission was a success or failure.