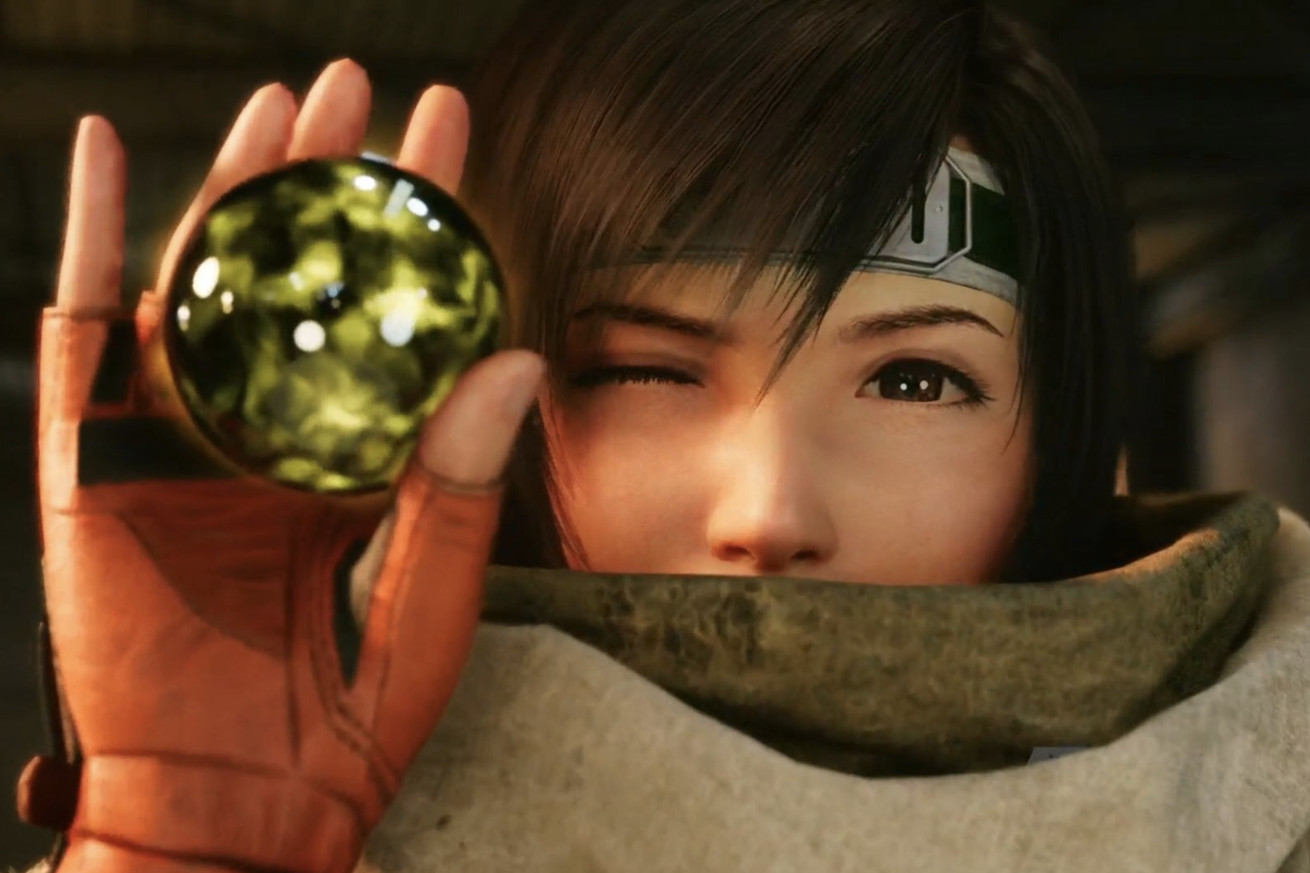 The PS5 version of the game will include a “brand-new episode” that has players play as ninja Yuffie Kisaragi on a mission to infiltrate the Shinra Corporation alongside Sonon, a member of a separate Avalanche cell.

Alongside the new content, the PS5 version is getting an update adding faster load times, a performance mode (that targets 60fps gameplay), and a graphics mode for 4K. There’s also a new photo mode, and an interview with director Tetsuya Nomura in Weekly Famitsu reveals it’ll have partial support for the DualShock 5’s adaptive triggers as well, with more support planned for the next installment. Nomura also says that you’ll always control Yuffie in battle in the new episode; Sonon can take commands, but won’t be directly playable.

Existing PS4 owners of the original Final Fantasy VII Remake for PS4 will get the PS5 version for free but will have to pay extra for the additional Yuffie content, according to the announcement.

Final Fantasy VII Remake launched in April 2020 for PlayStation 4, the first of a still-unknown number of entries in an episodic retelling of the original game. It focused entirely on Midgar — a sprawling city that made up only a few hours in the PlayStation version of Final Fantasy VII. On top of re-creating the game’s entire world, fleshing out its characters, and adding entirely new storylines and characters, VII Remake also hinted at major changes in the game’s canonized story.

In June 2019, producer Yoshinori Kitase said that work on the next installment had already begun; details about it have been scarce. Square Enix later registered several trademarks, including “Ever Crisis” and “The First Soldier,” that suggested additional tie-ins or remakes in the Final Fantasy VII universe.

Final Fantasy VII Remake Intergrade will come in both physical edition and digital editions for $69.99, with a Digital Deluxe Edition for $89.99 on the PlayStation Store that includes a soundtrack and digital art book. Each version includes the original base game and the PS5 patch. Since the original PS4 game retailed for $59.99, we’re hoping the downloadable Yuffie episode will only cost $10, but Square Enix hasn’t announced pricing yet.

Update, 7:07PM ET: Added pricing information for the different versions of the game.