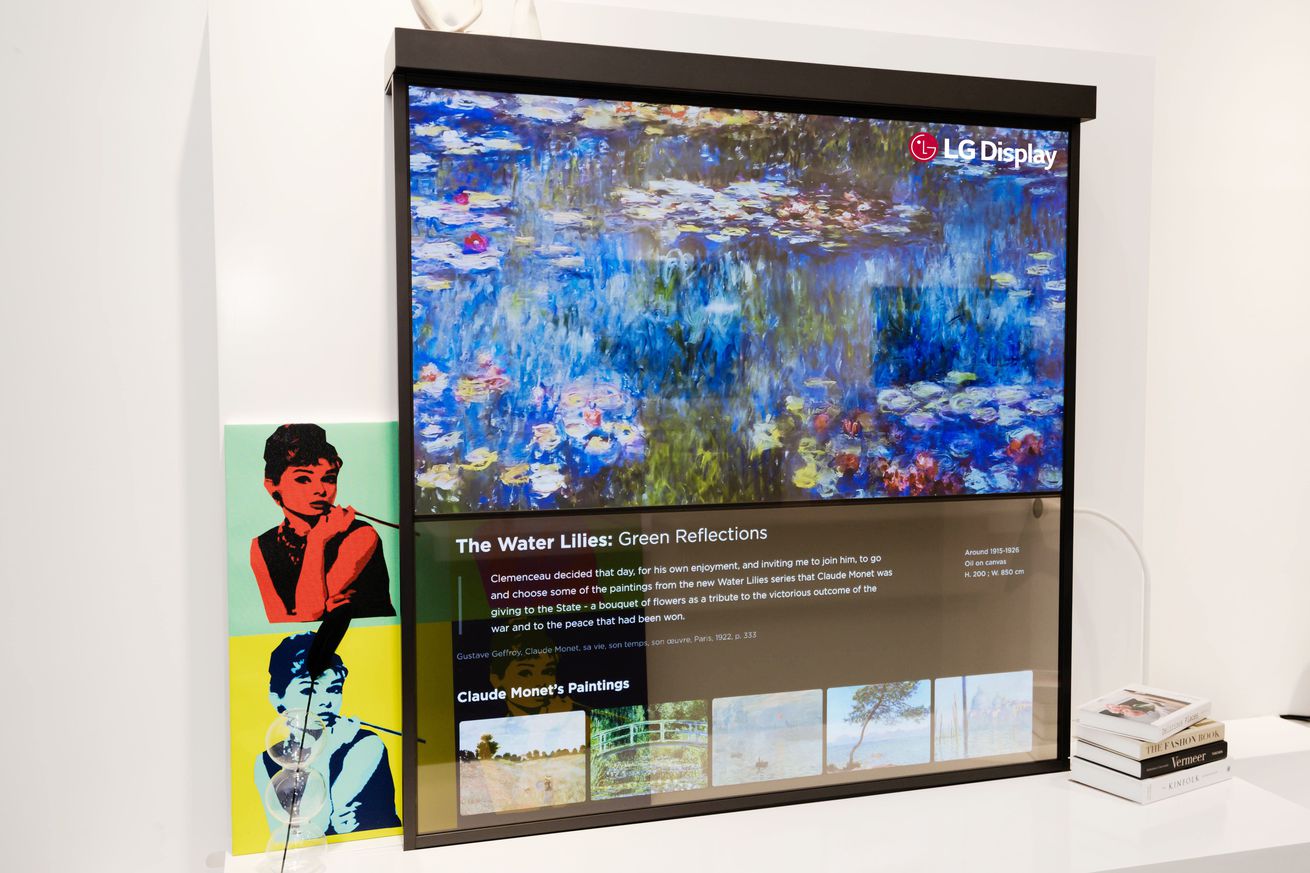 LG Display has come up with more uses for transparent screens with its innovative new concepts that will be on display at CES 2022: the OLED Shelf, Shopping Managing Showcase, Show Window, and Smart Window. The company is not to be confused with LG Electronics, as LG Display simply creates concepts that other companies can adopt and introduce to the market.

Its OLED Shelf consists of two transparent OLED displays mounted on top of one another, and as its name implies, it can be placed atop a shelf. LG Display says it’s ideal for the living room, where it can display art or a TV show. Always on Display Mode ensures that the screen stays on all the time, so if there was a piece of art on display, that image will stay put just like an actual painting, all while blending into the wall behind it.

While the OLED Shelf is built for the home, LG Display says its Shopping Managing Showcase is meant for “luxurious” department stores. A transparent OLED display is attached to a sleek wooden stand, and when placed in front of physical products, it looks like it could create a futuristic shopping experience. It adds an overlay to the items behind it, which means storeowners could add graphics that highlight certain parts of their products, or even use the display to provide funky visual effects.

LG Display also gave us a glimpse of its Show Window, another business-focused model that consists of four 55-inch transparent OLED displays that could be used to play up products in window displays — instead of window decals, stores could add digital text, which can easily be changed at any time. The company also showed off its Smart Window, another transparent OLED screen that can be for video calls or presentations in the office, however, it didn’t provide any images of that display.

Since these transparent displays are just concepts, we probably won’t see them in the real world anytime soon, but that doesn’t change the fact that they’re still pretty darn cool to look at. LG Display has been in the transparent display game for a while now, revealing its first flexible and see-through screen in 2014, and more recently, it showed off a transparent TV screen mounted to the foot of a bed. But it doesn’t just dabble in transparent screens — the company is also showcasing its half-moon-shaped chair with a built-in OLED screen at CES this year.

Control is free for one day on the Epic Games Store