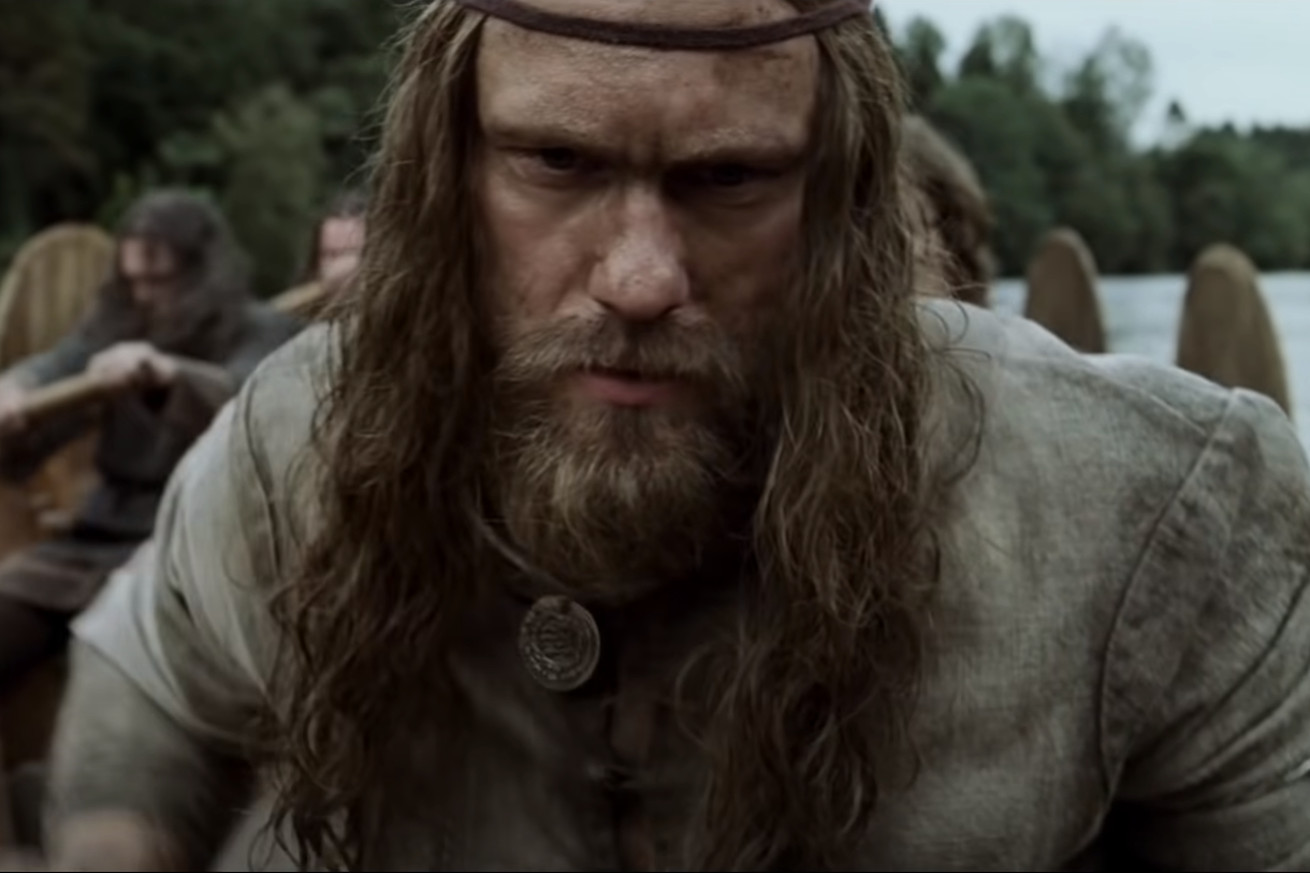 Hello and welcome to the final trailers roundup for 2021, I hope you have enjoyed reading (and watching) these roundups as much as I have enjoyed writing them. There were a lot of really good streaming shows and movies this year despite the persistence of the coronavirus that disrupted so much of our lives. Among my personal favorites were Loki, Succession, Ted Lasso, The Beatles: Get Back, King Richard, and Y: The Last Man (pls someone pick up this show it was just getting started!).

This week’s list has Vikings, Hercule Poirot, and a look at the upcoming Showtime series about the early days of Uber.

Director Robert Eggers (The Witch, The Lighthouse), said in an interview with EW that The Northman was “by far the hardest thing” he’s done. These are not warm and fuzzy Vikings, let’s put it that way. As a child, Amleth, the heir to the Viking throne, witnesses his uncle Fjolnir murder his father. King Aurvandi, providing him with the mantra “I will avenge you, father. I will save you, mother. I will kill you, Fjolnir.” And side note, even though they all speak English, the Vikings (in the trailer at least) have what sound like appropriate Scandinavian accents. Alexander Skarsgård, Nicole Kidman, Claes Bang, Anya Taylor-Joy, Ethan Hawke, Björk, and Willem Dafoe star in The Northman, which comes to theaters April 22nd.

Super Pumped: The Battle for Uber

Based on the book of the same name by New York Times journalist Mike Isaac, Super Pumped: The Battle for Uber, is the story of how Travis Kalanick founded the ride-hailing startup that became the unicorn that every VC in Silicon Valley wanted in on (or at least, they did in the beginning). Kalanick was ultimately ousted from the CEO role of the company he founded, but not before a lot of drama, both in public and behind the scenes. Joseph Gordon-Levitt, Uma Thurman, and Kyle Chandler star in Super Pumped, which premieres on Showtime February 27th.

OK so this trailer isn’t brand new but this series looks cool as hell. The Earth is a dried up husk, and a team of astronauts are heading to the Moon on a mission to retrieve an “important sample” from a research station. They crash land on the Moon and then discover all is not well at Balhae Station and the government (gasp) may have lied to them (plus, in what seems a nice homage to the Alien movies, their tracking device detects “bio-signals” approaching them). Gong Yoo, Bae Doona, and Lee Joon star in The Silent Sea, which debuted its first episode on Netflix December 24th.

Death on the Nile

Kenneth Branagh’s version of one of Agatha Christie’s best-known Hercule Poirot mysteries is one of the many theatrical releases that was delayed due to the coronavirus pandemic. Poirot is aboard a ship on the Nile River, when a murder occurs and he has to determine who among the ship’s passengers is responsible. As Vulture notes, Armie Hammer is still in Death on the Nile (there’s a mere glimpse of him in this trailer), despite some apparent discussion within Disney of reshooting his scenes or removing him digitally after the actor was accused of sexual misconduct by multiple women. Gal Gadot, Annette Bening, Russell Brand, Ali Fazal, Dawn French, Tom Bateman, Rose Leslie, Emma Mackey, Sophie Okonedo, Jennifer Saunders, and Letitia Wright also star in Death on the Nile, which comes to theaters February 11th.

Doctor Strange in the Multiverse of Madness

This trailer for this sequel to Doctor Strange originally appeared after the end credits of Spider-Man: No Way Home, and takes place after the end of that movie. Strange warns that “the multiverse is a concept about which we know frighteningly little,” so of course the movie brings him deeper into the Marvel Cinematic Universe concept of alternate timelines. Wanda Maximoff, Wong, and Mordo return, and we meet America Chavez, one of the Young Avengers from the comics. Benedict Cumberbatch, Elizabeth Olsen, Chiwetel Ejiofor, Benedict Wong, and Xochitl Gomez star in Doctor Strange in the Multiverse of Madness, which comes to theaters May 6th.