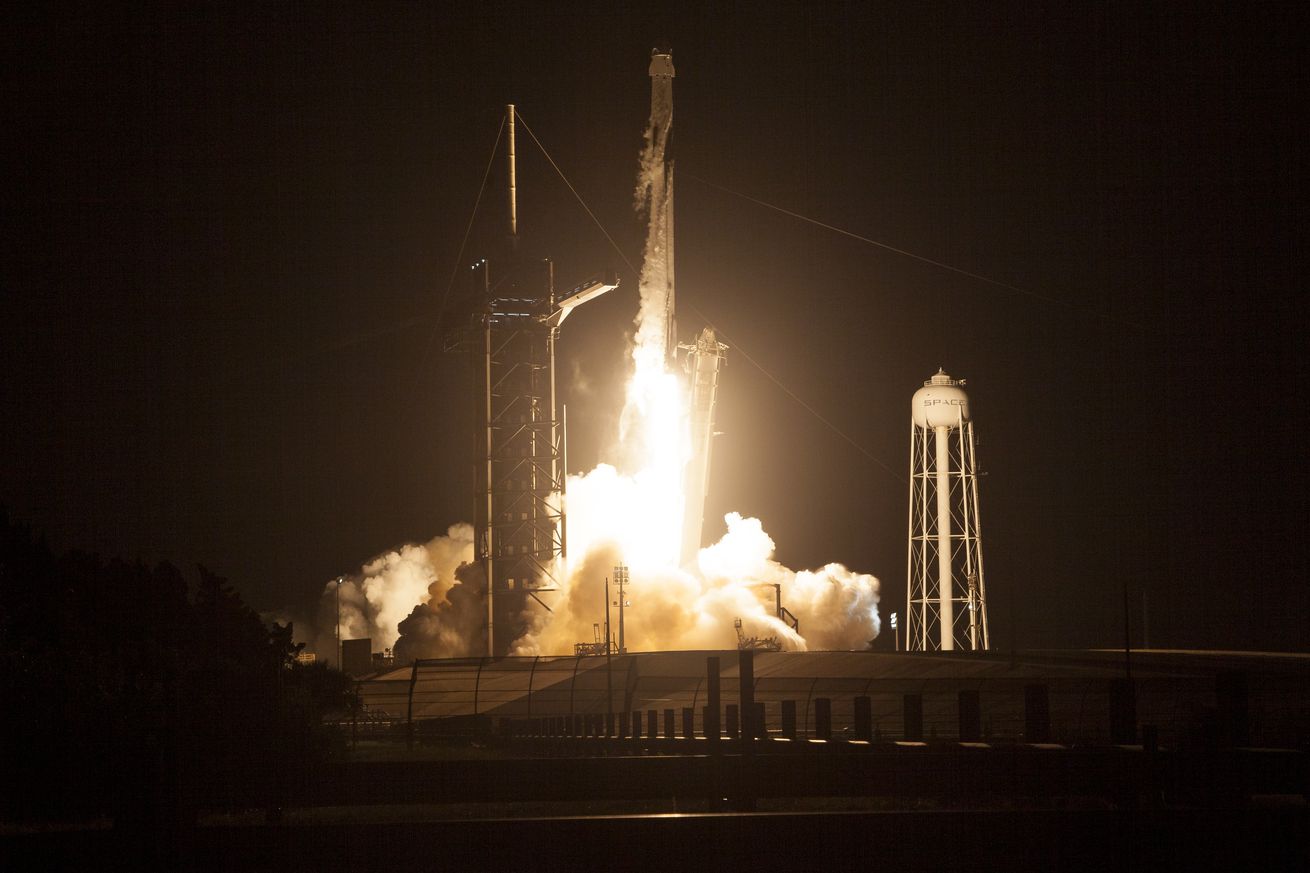 A SpaceX Crew Dragon spacecraft with four astronauts aboard successfully docked with the International Space Station early Saturday to start its six-month mission, NASA announced. Crew-2, as it’s been dubbed, is SpaceX’s third astronaut mission under NASA’s Commercial Crew Program. It brings NASA’s Shane Kimbrough and Megan McArthur, Akihiko Hoshide of the Japan Aerospace Exploration Agency (JAXA) and Thomas Pesquet, a French aerospace engineer from the European Space Agency (ESA) to the ISS, which travels at more than 17,000 miles per hour in orbit roughly 250 miles above Earth.

A Falcon 9 rocket which was used for SpaceX’s Crew-1 mission in 2020, launched early Friday for its 24-hour trip to the ISS. The Falcon 9 carried Endeavour, the same Crew Dragon capsule that launched SpaceX’s debut astronaut mission last year.

The four astronauts were welcomed aboard the ISS shortly before 8AM ET by the Expedition 65 crew of Shannon Walker, Michael Hopkins, Victor Glover, and Mark Vande Hei of NASA, as well as Soichi Noguchi of JAXA and Roscosmos cosmonauts Oleg Novitskiy and Pyotr Dubrov.

Their arrival means there are now 11 humans aboard our orbiting laboratory, a number not seen since the space shuttle era. Hugs abound. pic.twitter.com/uSwW3JFl6K

Kimbrough, McArthur, Hoshide, and Pesquet will now spend six months in space conducting science experiments, including a focus on “tissue chips,” which NASA describes as “small models of human organs containing multiple cell types that behave much the same as they do in the body.” The chips may help identify drugs or vaccines more quickly than the current processes.

The mission marks the first time SpaceX has reused a craft for a crewed mission. SpaceX has launched and reused several Falcon 9 rockets and uncrewed Dragon capsules as part of an initiative to save time and money on space exploration.

Get a load of this week’s best tech deals

Google’s Guacamole may be premature, but it sounds ripe to become an Android feature