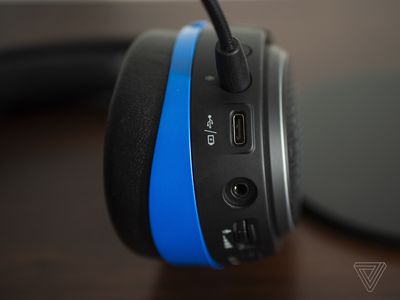 Great sound, full of features, but the fit might be a deal-breaker

The Audeze Penrose has almost everything I want in a wireless gaming headset. Its high-end planar magnetic drivers deliver rich, balanced sound quality that’s easily superior to other models I’ve tested recently. It’s feature-packed, too, with individual volume and microphone levels, USB-C charging, the option for wired connectivity via 3.5mm, as well as support for simultaneous Bluetooth 5.0 audio connections. As a gaming headset, it’s stacked — which it should be for something that costs $299.

After reviewing a headset, I usually can’t wait to return to the familiar, plushy, warm-sounding cans of my own Sony WH-1000XM3, but the Penrose is a joy to listen to. Game audio sounds punchy without being over-delivered, I don’t need to blast the volume to hear subtle details, and even though this headset doesn’t have active noise cancellation, I was almost convinced it did due to a combined effort from its closed-back design and thick ear pads that yield better-than-average sound isolation.

The particular model that Audeze sent along for review is made to be compatible with PS4 and PS5 consoles and with PCs via its 2.4GHz wireless receiver. (It also works with the Nintendo Switch, even though that isn’t advertised.) It’s clad in black with blue trim to signify which family of consoles it was designed for. The company also makes an Xbox version called the Penrose X that has green trim, and that model’s unique receiver has a two-position toggle switch that lets it work with Microsoft’s proprietary wireless tech in one mode, then on PC in the other. Otherwise, it’s the same hardware.

There’s a caveat to all of this goodness: I didn’t find the Penrose to be comfortable to wear for even short gaming sessions. I never forgot that it was on my head because I felt squeezed the whole time, and that’s a deal-breaker for me. I should note that I have a somewhat large head, so it’s likely that people with smaller noggins won’t feel as compressed. But I imagine that its 320g weight would feel heavy on just about any noggin.

Other recent headsets I’ve liked, such as the HyperX Cloud II Wireless, are 320g as well, but its weight is distributed much better. I barely notice that model on my head even after some time has passed, and that’s what I’m personally looking for in a headset. Granted, HyperX Cloud II doesn’t have hefty 100mm magnetic drivers like the Penrose does, which amounts to better sound at the expense of heavier ear cups.

I’d give Audeze more of a pass if the Penrose was an original design, but it’s almost identical to the $399 Audeze Mobius released in 2018, which had enhanced 3D sound processing and head-tracking. (The Penrose lacks both features.) It also looks like the $299 HyperX Cloud Orbit released in 2019, which features Audeze’s planar magnetic drivers, and much of the Mobius’ design. The Penrose’s build quality is still exceptional, but I wish the company had put more focus on refining the design, particularly as it relates to comfort.

As for the controls, the layout isn’t unintuitive, but some of the buttons don’t stand out enough when you’re feeling for them — specifically, the volume and mic level dials. Those are integrated into the backside of the left ear cup, and they’re raised, as opposed to being built flush into the ear cup, to make feeling for them easier (at least, that seems like the goal). Those raised hunks of plastic actually make the thin dials tough to discern and adjust.

Otherwise, it’s easy to take advantage of the Penrose’s main features, like being able to mute the mic with the switch on the left ear cup’s outer shell, or switching wireless modes with the multifunction button near where the detachable mic plugs in. The Penrose isn’t the only headset that lets you connect to a phone via Bluetooth while also being connected to your game console, but I think the execution here is great. If you get a call while you’re gaming, tapping the Penrose’s power button will pick up or hang up. (Careful, though: Audeze says your voice will be transmitted over both Bluetooth and wireless channels.)

Battery life is lackluster. I’ve gotten around 10 hours of use per charge, whereas some less expensive competing models in our headset buying guide offer 30 or more hours per charge. It’s not great considering the price, but it’s not a huge issue for me since I usually leave my headset at my PC or PS5 charging overnight anyway (made easier by the reversible USB-C port).

It’s easy for me to recommend the Penrose based on its features and sound quality alone, but comfort plays an equally large role for me — and that’s where this headset is lacking the most. It’s a shame that the fit is so fatiguing because it’s really the only deal-breaker. Otherwise, the Penrose could be an ideal addition to any gamer’s life, especially those who want a headset that can connect to multiple devices simultaneously. Just heed the warning that, for certain head shapes and for people sensitive to wearing hefty headphones, it might not fit your head very well.

Photography by Cameron Faulkner / The Verge

Correction: Updated to reflect that the Penrose can’t receive audio through the USB-C port, as the review originally stated. We regret this error.