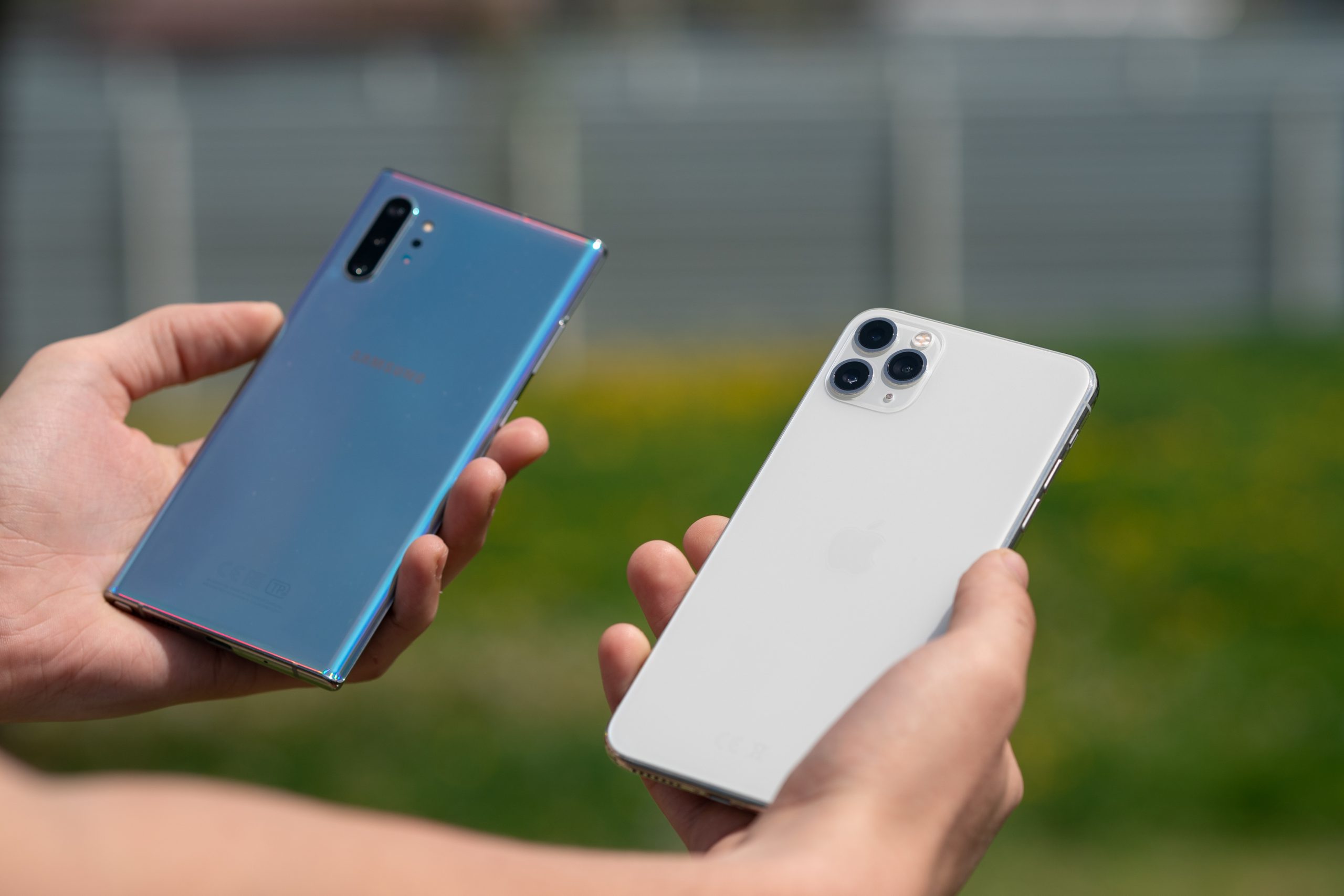 With so many people stuck at home due to covid 19, purchasing a new phone hasn’t been a super high priority this year. However, even with less people traveling, phones are still great devices for watching movies, playing games, or just reading the news at home-especially if your family is hogging all the other screens in your house. And with the recent wave 5G-capable phones having hit the market, now is a good time to figure out if you want to upgrade or hold onto your device just a little bit longer. So here are our picks for the best phones you can buy right now.

Buying forecast for the rest of 2020: Now that all the big phone launches are out of the way, this fall and winter are a great time to upgrade. Many previous-gen phones have recently been reduced in price to help clear inventory for newer devices, while a number of recently released devices will get discounted during the holidays to help sweeten any deals. And with no major new handsets expected to get announced until the end of January (at the earliest), now is a great time to take stock of the competition, consider all your options, and pick out the phone that makes sense for you.

If you’re looking for a high-end phone with class-leading performance and specs, the Galaxy S20+ has to be your top candidate right now. Not only does the S20+ have one of the best-looking displays in the industry, but its screen also features a 120Hz refresh rate which makes everything from games to simply scrolling through Instagram look smooth and fluid. And as a bonus for people who hate curved screens, the S20 family’s displays are flatter than ;ast year’s S10 family, so there’s less distortion around the edges of the display.

The S20+ also comes with a massive 12GB of RAM which makes it easier to keep multiple apps running in the background, while also sporting a 3x zoom camera in the back. But critically, unlike the standard S20, the S20+ has slightly better battery life and supports all three flavors of 5G used today, which makes it more future proof than the regular S20 too. The only thing the more expensive S20 Ultra really has over the S20+ is its 10x zoom camera, which is nice to have, but it’ll cost, and with the S20+ having had a couple price drops since its release, it’s an even better deal now that it was before.

The iPhone 12 Pro is practically the perfect iPhone. That’s because even though it looks almost identical to the standard iPhone 12 and has the same 6.1-inch OLED screen, the iPhone 12 Pro features a number of other upgrades including a more durable stainless steel frame, an extra 2GB of RAM (4GB vs 6GB) for better multitasking, and double the base storage. However, the iPhone 12 Pro’s most important enhancements are on the back thanks to a built-in LIDAR sensor that delivers better focus in low-light and the use of Night Mode for portrait shots along with a 2x telephoto zoom lens. And while the iPhone 12 Pro’s 2x zoom is just a touch shorter than what you get on the iPhone 12 Pro Max, that’s ok because the iPhone 12 Pro delivers the best blend of power, performance, and price.

When it comes to a $500 phone, the Pixel 4a 5G has practically everything you need or want. Its 6.2-inch screen is a good size without becoming unwieldy, while its OLED display boasts better brightness and richer colors than what you’d normally find on a phone in this price range. The Pixel 4a 5G also doesn’t fuss around with unnecessary extras, which means instead of a fancy in-screen fingerprint reader you get a good ‘ole fingerprint sensor around back where it’s easy to reach. The Pixel 4a 5G also sports a 12.2-MP main cam and a 16-MP ultra-wide cam, and as its name implies it has support for 5G (sub-6Ghz on standard models and both sub-6GHz and mmWave on the more expensive Verizon branded models). And like other Pixels, the Pixel 4a 5G has one of the best software experiences you can get on any phone thanks to day one Android updates and handy software features like the Pixel Recorder, Duplex, and more. The only other thing we wish Google had included was a third telephoto cam.

If you’re looking for a reasonably priced phone but want something a bit more advanced and have some wiggle room in your budget, the Galaxy S20 is a fantastic pick. Starting at $700, the Galaxy S20 FE costs hundreds less than its flagship Galaxy siblings while retaining a bunch of their best features including a 120HZ refresh rate, a large OLED Screen, Snapdragon 865 chip, and triple rear cameras. However, despite the S20 FE’s lower price tag, the only major sacrifices Samsung made was a lower resolution screen (just FHD+ instead of 4K) and swapping out the traditional glass back panel for plastic. So even though we still don’t get why this phone is called the FE (Fan Edition), the S20 FE is a great pick for anyone who wants a premium-feeling phone that’s also a good value.

After breaking into the affordable phone world with the Pixel 3a, Google has once again returned to show what a really good budget phone looks like with the Pixel 4a. It’s simple, straightforward, and compared to all of its rivals, the Pixel 4a features a display and camera quality that most phones twice its price can’t match. And while its performance isn’t exactly screaming, the Pixel 4a’s Snapdragon 730 still manages to deliver a lag-free experience, and like the larger Pixel 4a 5G, it has a headphone jack too. When people talk about just wanting a no-frills phone that does all the basics really well, the Pixel 4a is the first thing that comes to mind.

When it comes to $250 phones, we’re not looking for much: a solid build, smooth performance, and passable camera. And with the Moto G Power, Motorola has delivered all of those along with one real highlight characteristic: some of the best battery life we’ve seen on any phone this year, regardless of price. We’re talking upwards of 16 hours of life on a single charge, which when combined with everything, means the Moto G Power deserves a solid look for anyone thinking about buying a $250 phone.

Aside from the exorbitantly priced Galaxy Z Fold 2, if you’re looking for a phone that’s stuffed with fancy features wherever you look, the Galaxy Note 20 Ultra is it. Not only does it have a huge 6.9-inch OLED screen, but the Note 20 Ultra also boasts a display with a 120Hz variable refresh rate that adjusts dynamically depending on whatever you looking at, so you get the best performance when you need it while increasing battery life when you don’t. On the back, the Note 20 Ultra sports three rear cameras include a telephoto cam with a 5x optical zoom. Meanwhile, thanks to a Snapdragon 865+ chip and a big 4,500 mAh battery, you won’t be hurting for speed or battery life. But the real icing on the cake is, of course, the Note 20 Ultra’s built-in S-Pen, which is something no other phone can really match. So while it definitely ain’t cheap (though it has been discounted slightly since launch), the Note 20 Ultra is the phone equivalent of mashing up a super car and an SUV into the same device.

The iPhone Most People Should Buy

For those who aren’t sold on the iPhone 12 Pro’s extra features (or simply don’t want to spend the extra money), the standard iPhone 12 remains an excellent choice. It’s got the same core features as its more expensive siblings including a 6.1-inch OLED display, FaceID, a new A14 Bionic chip, 5G, and more. And while it doesn’t have a dedicated telephoto cam, its 12-MP main cam and 12-MP ultra-wide cam boast even better image quality than before. And with color options including black, white, red, green and blue, the standard iPhone 12 is arguably available in a better selection of hues too.

We’re still waiting for check out the iPhone 12 mini in greater depth, so until we do, if you just want a simple no fuss iPhone for all your everyday needs, the iPhone SE is it. While it doesn’t have fancier features like Face ID or multiple rear cameras, starting at $400, it costs $400 less than a standard iPhone 12. The iPhone SE also sports the same A13 chip used in iPhone 11 and iPhone 11 Pro, so you won’t be losing much in terms of performance. And for anyone who doesn’t want to give up their beloved Home button, the iPhone SE is the only new iPhone left that still has one.

While a number of manufacturers including Apple, Samsung, Google, OnePlus, LG, and others have released 5G phones, our position that is that for most people, it still doesn’t make sense to upgrade solely for the purpose of getting 5G compatibility. Right now, 5G compatibility should be fifth or sixth down on the list of important features (or more) after things like design, performance, battery, cameras, and software. Instead, you should consider 5G compatibility as a bonus that will help unlock faster mobile data speeds as carriers build out their 5G networks. Until they do, 5G just isn’t important enough to justify upgrading on its own.