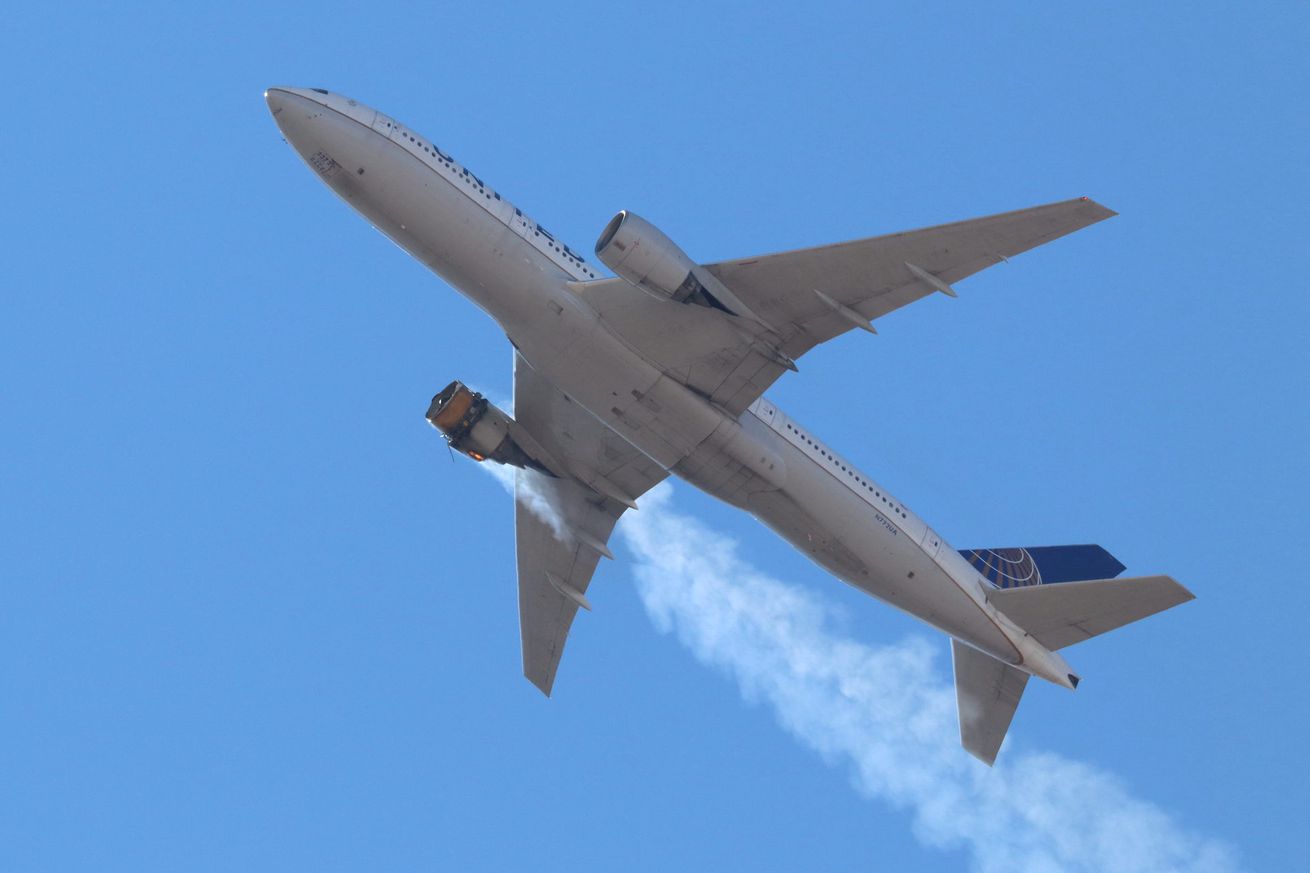 A United Airlines flight experienced a dramatic-looking engine failure just after takeoff from Denver International Airport on Saturday afternoon. UA328, originally headed to Honolulu, quickly circled back to the airport and made a safe landing after the pilots calmly made a “mayday” call to air traffic control. There were no injuries among the 231 passengers and 10 airline staff on board, according to the FAA.

Since it’s 2021, the incident was thoroughly captured with both photos and video. Passengers shared video of what looks to be a significant right engine failure, with visible damage, flames, and trailing smoke:

Flight 328 @united engine caught fire. my parents are on this flight everyone’s okay though! pic.twitter.com/cBt82nIkqb

That isn’t what I’d want to see looking out the window seat. Engine failures are rare, but do happen. Modern planes are designed so that they’re able to remain in the air for an extended period and safely land with only a single functioning engine.

Photographer Hayden Smith snapped a series of images of the Boeing 777-200 plane that offer a closer look at the damaged engine from the ground and posted them to Dropbox not long after the plane safely landed.

But even before that, a dash cam managed to get the moment that the engine seemingly blew out.

Reports followed of engine debris landing in neighborhoods near the plane’s flight path, which was also caught on video.

Local authorities are investigating and say that so far there’ve been no injuries related to the shed debris. The plane’s engine cowling is visible in some of the images shared across social media. Nearby residents are being asked to check their property for any pieces of the engine.

These pictures are wild. According to reports, plane debris fell from the sky and landed in different neighborhoods in Denver https://t.co/aRKtJP4q7u pic.twitter.com/8EC6DesIZ2

A Code Red was sent out to about 1,400 residents around Commons Park, Northmoor and Red Leaf asking them to look for debris in yards.

As is usual in these circumstances, the FAA and NTSB will investigate what went wrong with UA328’s engine. But the incident is another reminder of just how resilient airplanes are designed to be — and how anytime there’s an incident of this magnitude in modern times, it’s going to be captured extensively from nearly every angle within minutes.

I know it’s often mocked when people cheer their airplane touching down safely after a completely normal flight, but in this case, I think I can relate.