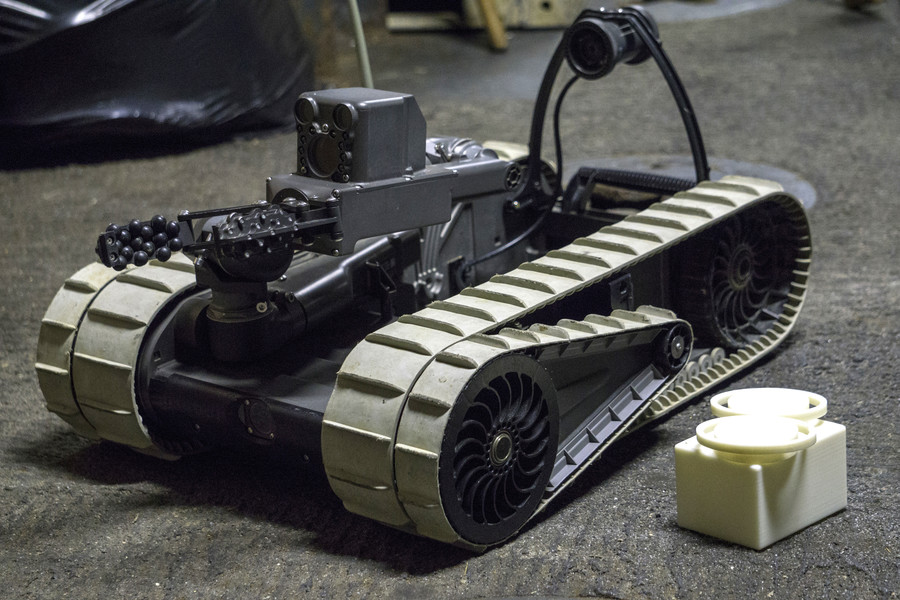 Robots have become increasingly common in our lives. Still a far fantasy of humanoid machines that have enough intelligence to understand our jokes and sarcasm, modern robots do serve a variety of purposes and tasks. From entering situations that are too dangerous such for humans (such as bomb disposal) or to simply be our artificial servants and clean while we nap (looking towards a Roomba), we rely on our mechanical friends more than we care to admit.

What we do admit (a little frustratingly) is that modern robots have one major drawback: power. Robotics have advanced a lot, but the development of battery technology is at a snail’s pace in comparison. Robots need to frequently recharge their batteries to remain effective. The electronics and body components are light and tough, needing lesser power to move around as compared to their predecessors. Ironically, the battery itself is the heaviest part in a robot and the power it generates is mostly used to lug it around.

This is why many robots, such as rescue and other critical tasks ones do not carry a battery pack. Instead, the manufacturer gives a long electrical cord that transfers power to the mobile unit as it trudges or wheels ahead. This is just a short term solution as the operations of the robot is limited to the length of the cable (a very short one in the first place) and the fact that the cable roll has to be carried by the robot, increasing the load on the machine.

A team of researchers at the University of Pennsylvania’s School of Engineering and Applied Science have found a novel way of giving robots their power, explained in a paper they have already published. What they have done is to get rid of batteries altogether, letting the machines literally eat metal to fuel their hunger.

Described as a Metal-Air Scavenger, the device eats metal from its surroundings, the chemical process creating electricity and moving the machine. Pikul, one of the researchers, said about the process,

“The biggest inspiration we drew from is kind of corny, but it’s eating. Animals eat and that’s how they power themselves. But instead of eating glucose, [it] eats metal.”

The device they have made is thin fabric essentially made from carbon and a little metal cathode embedded in it. The carbon fabric has a hydrogel that is a salt based solution. When the gel comes in contact with a metal, the metal becomes an anode, creating an instant battery that creates a flow of electrons and therefore, electricity.

This electrical power currently is practical enough to power tiny robots at the moment. However, if the concept can be scaled to larger devices, it can revolutionize the industry as it is at least 13 times more power dense than lithium ion batteries used today.

The scavenger has more applications than just in robots. Perhaps when the efficiency is good enough, it may replace batteries in all kinds of devices, such as smart phones and laptops even.

Verizon, AT&T, and Comcast Reportedly Extend Policies to Waive Late Fees Due To the Coronavirus Pandemic